In his book “An Illustrated History of Roundhay Park”, the author, Steven Burt describes how the land containing the Park came to be purchased by John Barran , the Mayor of Leeds in 1871, for the use and benefit of the citizens of the city. 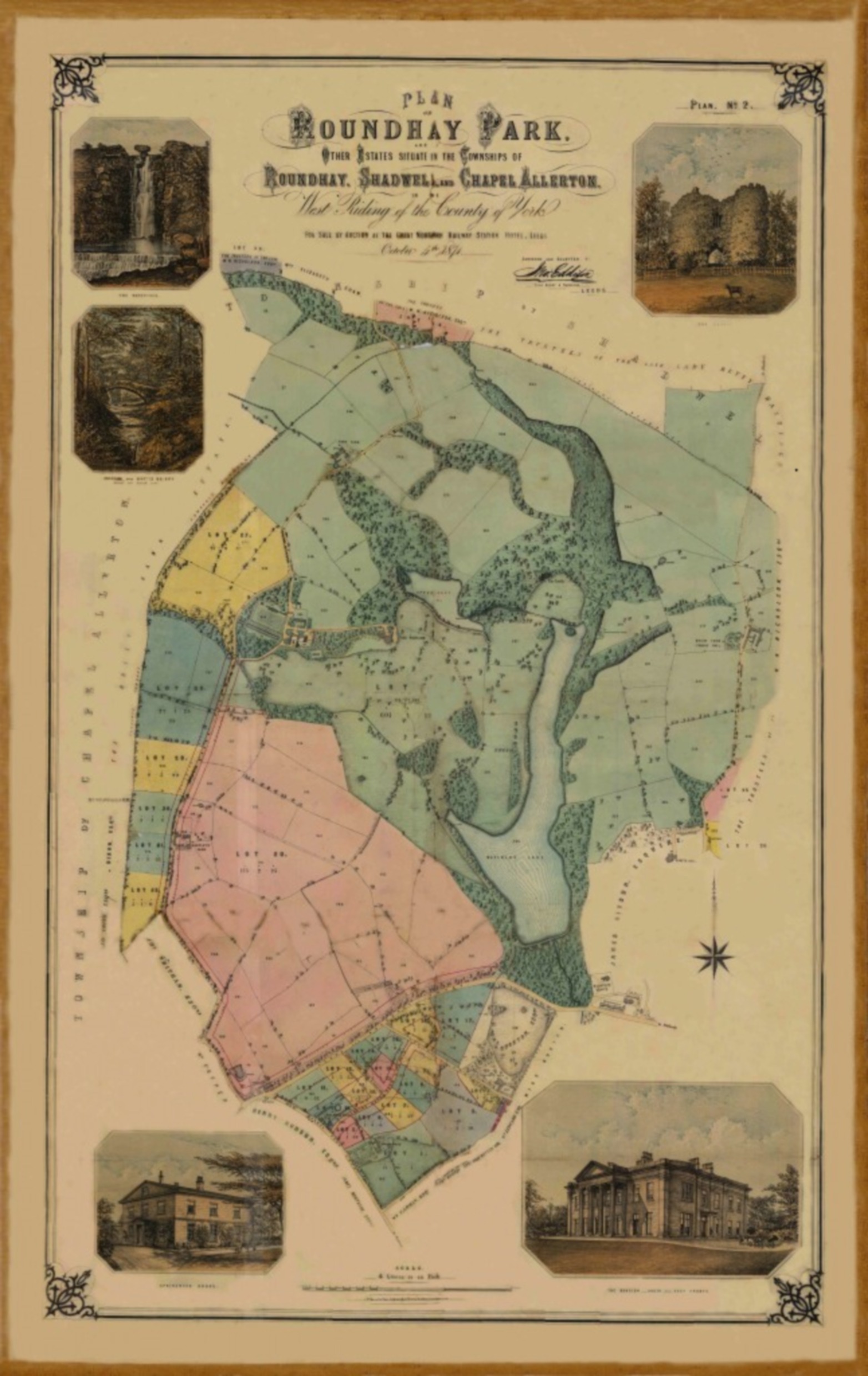 Zoom In Using the Image Below

Roundhay Park -The Sale Particulars of 1871.

On behalf of Adair Paxton, a director, Stephen Holliday kindly offered the use of the map, either for display or copied for sale, to the Friends of Roundhay 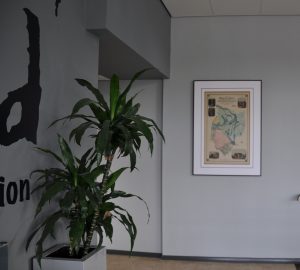 Park. The Friends are delighted to be able to showcase this fascinating document online and have also gifted a framed copy to Leeds City Council which is now displayed in the cafe at Tropical World. Unframed copies are available to purchase at A1 or A0 sizes from FoRP. Please use our contact form for information

To arrange the sale, the owner had instructed Messrs Hepper and Sons, Auctioneers, and Jonathon Eddison, Land Agent and Surveyor, to prepare catalogues and related plans and maps to illustrate the estate. In the 1871 catalogue, Hepper described Roundhay thus:

Roundhay, of which this splendid property forms the greater part and its chief ornament, has long been regarded as the most charming suburb of Leeds, and presents a magnificent landscape unsullied by the smoke of the Town, broken into hill and dale, adorned with rich Plantations and fine Parks, and studded with Gentlemen’s Seats and Homesteads, which, meeting the eye at every turn, afford an amount of enjoyment seldom associated with so close a proximity to a great commercial centre like Leeds.

Whilst a copy of the catalogue is held by Leeds Library, a copy of the accompanying map has not been generally available. However, a chance encounter with FoRP member, Stephen Halliday, at one of the Friends’ lectures, created the possibility of us having access to the original document.

Stephen is a Director of the property specialists Adair Paxton Limited of Leeds. The business was formed by the merger of Adair Davy and Paxtons, who were two

of the oldest firms of Chartered Surveyors in Leeds. As a result of the merger Adair Davy moved offices and during this process the original 1871 auction particulars for Roundhay Park, which included the map, were discovered.

The map had suffered some damage owing to having been folded; there were also a number of sellotape repairs where the material had become ripped. Thankfully, the use of modern digital technology has effected a substantial “repair” and has brought the map back to life as a digital image. Regretfully, the lot reference, LOT 19, has been lost, but the map now looks handsome again.

We use cookies to ensure that we give you the best experience on our website. If you continue to use this site we will assume that you are happy with it.Ok